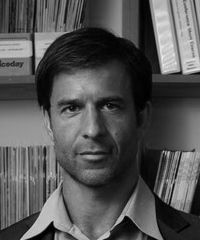 Award winning Oxford philosopher and medical researcher, Dr. Howick combines philosophy of science, ethics, and clinical epidemiology. He is internationally known for his research on evidence-based medicine, placebo effects, and empathy. He has published 3 books including The Philosophy of Evidence-Based Medicine, which came to define a sub-field within philosophy of science, almost 100 peer-reviewed articles, and is the director of the Oxford University Empathy Programme, whose mission is ‘to introduce a dose of empathy into all healthcare consultations.’ He has also promoted medical humanities by founding the Oxford Philosophy and Medicine Network, and introduced the only medical humanities course to the Oxford MSc in Evidence-Based Healthcare. He communicates regularly with the public and has written a book for non-academic audiences called Doctor You (Amazon #1 bestseller). As an expert he has appeared on the BBC, ITV, and Channel 4, and his research has been featured in The Guardian, The Times, Men’s Health, the Daily Mail, the Huffington Post, and The Conversation. He speaks regularly at Oxford and internationally to academics and others about his research, and how it can improve health.